The Nancy and David Bilheimer Capitol Theatre has been a vital part of downtown Clearwater since its opening on March 21, 1921 with the screening of the motion picture Dinty. The 1920 American silent movie told the story of a brave newsboy whose fight to care for his ailing mother led to a conflict with drug smugglers.

The Capitol Theatre, as it was called then, was built by Senator John S. Taylor and was described by the Clearwater News as one of the most beautifully finished playhouses in the South. On opening night, they published the following: “The policy of the new Capitol Theatre is to present to the public nothing but the cleanest and best entertainments, whether it be pictures or road attractions.”

Over the next 70+ years, the theatre presented several live entertainment performances, ranging from vaudeville stars Sally Rand, Fred Stone and Lum & Abner, to the Miss Florida Pageant, the Clearwater Symphony Orchestra and movies.

In 2013, the Capitol Theatre underwent a major renovation expanding into the Clearwater News building and another adjacent building. The result of the renovation was expanded seating and lobby spaces, six private loge boxes, an outdoor balcony overlooking the Clearwater Causeway, a VIP lounge and a rooftop terrace. 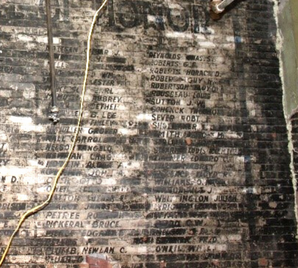 During the renovation, the Panel of Honor was revealed, hidden for almost 90 years. Local historians, found a record of the memorial honoring Clearwater citizens who had served in World War I. Notable Clearwater names such as Coachman and McMullen appear on the nearly 20-foot wall. A star beside a name indicates the soldier died in service to his country. Soldiers of color were noted in green paint, typical of segregation at the time. The portion of the wall that was removed can be found preserved at the Clearwater Library Main Branch. 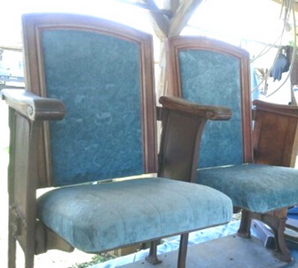 The theatre opened in March 1921 with 944 seats, and the capacity has fluctuated over the years. Rows were removed in 1981 to build a larger stage. Offices and dressing rooms were built, lowering the capacity to 433. Today the Capitol Theatre has 739 fixed seats. The 1921 seats on display were found at a Clearwater estate sale in 2013.

Prominent philanthropist and inventor, Donald Roebling, earned fame as creator of theamphibious military vehicle “The Alligator” and served as the President of the Board of Directors for Morton Plant Hospital for many years. Mr.Roebling frequented the theatre often during the 1950s and being large both in character and stature, he had his own custom “double-wide” seat installed. Located in the last row on house left, a replica of the Roebling Chair is sold as a cozy seat for two.

In March 2021, Clearwater Mayor Frank Hibbard and the City Council issued a proclamation that 2021 was the Centennial Year of Celebration for the theatre.

Mayor Hibbard said, “The Capitol Theatre is a great story and an example of trying to look in to the future. Recessions, pandemics, they don’t last forever and we have to look to the future making certain that our community is strong and our culture is diverse. And to save this 1921 theatre and to partner with Ruth Eckerd Hall to do it was just the perfect opportunity and the perfect marriage.”

Since 2009, Ruth Eckerd Hall has presented over 1,000 performances and events at the Bilheimer Capitol Theatre. The theatre is consistently ranked the #1 venue in Florida and a top five venue in the world, with 800 seats or less, by industry trade magazine Pollstar.